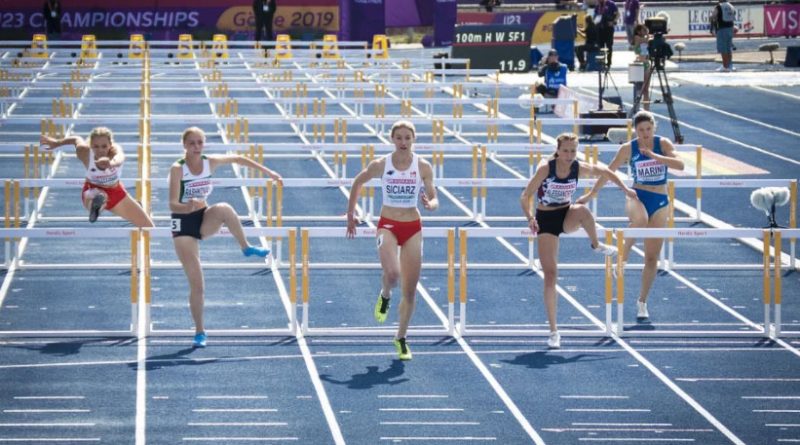 Official athletic sports events were held in Ancient Greece at the first Olympic Games. Olympics were a tradition of athletic competitions that included track and field events (and chariot-races). Women were not allowed to compete. Athletics includes several sports events involving running, throwing, and jumping but there are also combined events. The sport developed over the centuries through many events around the world.

Running competitions take place on a track, 400 meters in length in an oval shape, except the Marathon and Race Walk, which are held on the road. There are several running events:

Middle Distance Events are longer that Sprints and are up to 3000 meters. They include:


Hurdles- the athlete is required to run over barriers. Olympic disciplines are:

Sprint Relay are events in which four competitors race as a team. The purpose is to pass a metal baton between athletes of one team. There are several lengths run in the Olympiad:

High Jump – competitors have to jump over a bar without any devices to help them. The bar is lifted after each successful jump and there are three attempts for each height. The longest standing record in high jump for men belongs to Javier Sotomayor (Cuba)- 2.45 m and it was set in 1993. The women’s record has been held by the Bulgarian athlete Stefka Konstadinova since 1987- the longest-held record in this event- it was 2.09 meters.

Long Jump – it combines speed, agility and strength. The purpose of the athlete is to jump as far as possible from the take off point. The sport has been part of the Ancient Olympic Games.

Triple Jump – it is similar to the long jump only it is performed with a hop, a step and then a jump into the sand. It has been an Ancient Olympic sport and has been a part of the Modern Games since 1896.

Pole Vault – the competitor uses a long pole, which is flexible, to help them leap over a high bar. The sport has been a full medal sport since the first Modern Olympic Games. Women were allowed to compete in it at the Olympiad in Sydney 2000.

Discus Throw – it has been part of the Modern Olympiad since 1896 and women first participated in 1928. The sport is an icon of the Olympic Games and images of athletes throwing discus have been used for posters for Olympic Games as well as for stamps.

Hammer Throw – a metal ball attached to a wire is to be thrown in this event. This sport was included in the Olympic programme in 1900 but women did not take part in it until 1995.

Javelin Throw – the object to throw is called javelin, which is made of metal, fiberglass or carbon fiber, and looks like a spear. 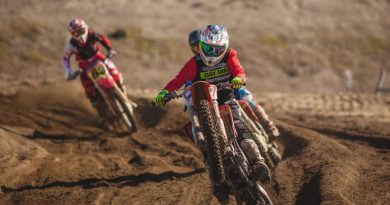